As a Sport scientist, why did you choose to become a Rolfer®?

When I started my studies in Sport Science, at the Technical University Munich, some of the work, the ideas and concepts of Rolfing were somewhat already familiar to me. I had finished my first Ten Series just before my first semester started and I was still under the impression of being rolfed. Although I couldn’t really conceive why my body was changing, there was a felt interconnectedness in movement that profoundly touched me and I was able to transfer it into my personal athletic routine.

My studies at the Technical University Munich were extensive and demanded constant attention, but they mainly provided a theoretical framework. The anatomy and physiology classes established a solid basis, and together with my Rolfer’s recommendations of literature, contributed to shaping my understanding of the human body differently. However, what I had experienced as a coherent interplay in my body during the Ten Series, became more and more abstract and theorised in those years at university. I was lacking a hands-on approach. And after graduation I bounced back and forth for a year until finally making the decision to follow the fascination I had, for all those years, for Rolfing and start a new chapter in my life.

What beneﬁts can Rolﬁng® bring to athletes or those exercising?

Since each of our clients are unique in her/his own regard, I think a generalised statement on the benefits Rolfing provides for athletic performance cannot be made. Therefore, I would like to distinguish my observations between professional/high-performance athletes and recreational athletes. As I’m a young Rolfer, I would like to acknowledge that my observations and experiences are still relatively few in number and more time is needed to review and comprehend more sufficiently.

For professional/high-performance athletes two things have to be considered. First, the aspect of the athlete’s sport-specific technique. It is a system of complex sport-specific motor-skills to serve sport-specific tasks and which are acquired through years of training. Although there is a fair amount of variability, especially among world-class athletes, the sport-specific motor requirements are the same. So, whatever input we give, the athlete will process that through the motor requirements of his/her discipline. The second consideration is speed and its derivatives. Apart from the few endurance-focused disciplines, like marathon running, in almost every major sport the ability to create maximum force in the shortest amount of time constitutes one of the prime athletic features trained for by professional/high-performance athletes. In a competitive environment in particular, reduced quickness and reactivity will be disadvantageous.

One of the first observations I was able to make on professional/high-performance athletes was on the recovery benefit of the sessions. In times between competition or after extensive bouts of training, we were able to decrease sympathetic tonus and the quality of the tissue softened. The calming of the neuro-fascial system also allowed aches and pains acquired in those extensive performance periods to lessen and more pain-free movement was reported. As Rolfers we can strongly contribute to an athlete’s recovery process. A sufficiently recovered athlete can access his/her resources faster, the athlete can train harder and consequently further progress in his/her discipline.

Apart from the regenerative effect, Rolfing has the unique potential to support professional/high-performance athletes in relating the new sensory information from table-work to their sport-specific motor requirements. Through opening the athlete’s haptic system, subtleties in felt gravity and weight distribution can be newly coordinated with their sport-related motor requirements, thus providing a new context for movement. Since top athletes are highly specified, but also have a great sense for their body, providing them with new coordinative possibilities might lead to the exploration and implementation of motor alternatives. Especially when they prove to be advantageous in competition. I personally see a great potential in further developing Rolfing in the context of professional sports.

As a Rolfer and Sport Scientist I would regard the gym, the place where athletes train their basic and sport-specific athletic conditioning, a great place to bring together our unique philosophy with the special demands of an athlete.

Although the classic approach to strength and conditioning training in the gym might seem old-fashioned to some, in almost every athlete’s training regimen we will find deadlifts, squats, presses and pulls. These seemingly simple exercises still prove to be very effective when it comes to building strength and explosiveness. Furthermore, these exercises constitute the basic foundation of what will later become sport-specific movements. When we bring Rolfing into play, executing a squat or deadlift can gain a different quality. As we enhance the fascia’s gliding capacity by means of the neuro-fascial system and open the athlete’s perceptive field, we are able to provide a new coordinative quality to the athlete’s squat. More receptive feet, a raised awareness for one’s own verticality and the feeling of the load being distributed in line with the body’s gravitational axis can allow the athlete to perform this seemingly simple exercise with a new sensation. When integrated with gravity, the additional load might feel less strenuous, through an enhanced harmonious recruitment in the neuro-muscular system movement can be engaged with more ease and more precision, ultimately resulting in a stronger and faster movement. Accompanying an athlete as a Rolfer, let’s say during a training cycle for explosive strength, will require to adapt our thinking and implement our well-known strategies in a new context. We have to meet the athlete’s special demands in a responsible and meaningful way. And therein lies a great potential for us to learn and further broaden our horizon.

Recreational athletes aren’t as determined by their sport-specific technique as professional athletes are. The motor requirements might be similar, but the degree to which their body is challenged is less. This is visible when comparing the loads, the volumes, the repetition speed and other performance-based stats between professional and recreational athletes. Nevertheless, the Rolfing sessions provide for them similar benefits. It is the degree to which our input is/can be transferred into the sport-specific environment and the preciseness of its implementation where those two groups differ.

Recreational athletes also reported on the recovery benefits that Rolfing sessions provided for them. Excessive tonus released, thus leading to more pain-free movement. Again, a restored basis is established, which allows the athlete to continue his/her exercise with more ease and energy.

The Rolfing sessions allowed recreational athletes also to open their perceptive field and to organise their body in verticality better thus offering them the chance to address their locomotor system with a new coordinative quality. The continuity of muscle slings is felt better, movement is described as more harmonious and economical. From my experience, so far, recreational athletes seem to experience these changes in perception more generalised and on a broader scale. There seems to be less predefinition by the motor requirements of their chosen sport. Professional athletes describe the sensations with more precision and more in the context of their athletic discipline. But, for both types, the quality of movement can change profoundly. Furthermore, since the number of people with a gym-membership have sky-rocketed in the last years, combining the Rolfing approach with the recreational athlete’s training regimen also bears the great potential to change the athlete’s movement execution in a meaningful and sustainable manner.

I’m very aware that some of my statements are yet to be proven. Furthermore, I would like to acknowledge that I kept my report mostly in the confinements of sport and athletic performance. How our work influences so much more than solely our client’s athletic ability has been described so wonderfully by numerous colleagues. As this journey continues, I’m optimistic and cheerful of what will come in the future and how our work will continue to transcend into further realms of life. 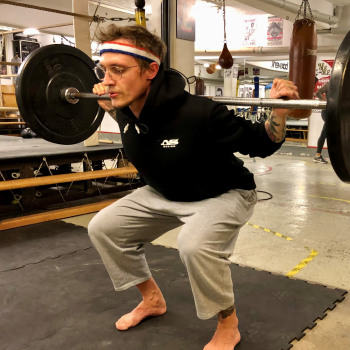 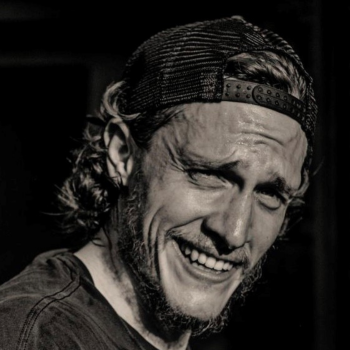 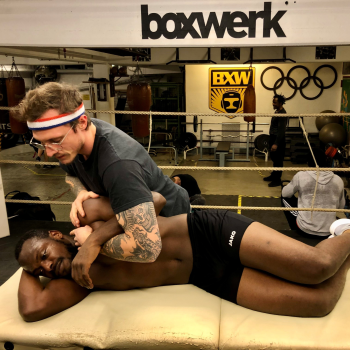