How Yoga and Rolfing complement each other - by Åsa Åhman

I started practicing yoga - reluctantly - about 20 years ago. I was very much into fitness then and worked part time as an aerobics instructor. If it was not fast or heavy it was not for me, or so I thought. Yoga seemed to be too slow and not strenuous enough for it to make any difference. I noticed however that there seemed to be something else that was sought after there, some other qualities that were being explored, and I knew that I was not having any of those in my life then. So, I gave it a go. Long story short, not that many years later I was trained as a yoga teacher and had my own studio in Stockholm, Sweden.

Yoga, even though I chose very active and physical forms of yoga to start with, gave me a more detailed body awareness. I started feeling more and paying attention to other aspects of me and movement. It helped me slow down a bit and value health and balance instead of muscle power and performance. It also made me very aware that I was very inflexible. My body seemed reluctant to stretch and release tension no matter how hard I tried. During a yoga training in the USA, I overheard a woman sitting behind me at lunch talking about Rolfing® and how it had helped her start moving freer. I made a mental note to check it out when I got back home to Stockholm, and I was lucky enough to find a Rolfer® not far from where I lived. I still remember my first session, how I was completely in my body but not by moving or exercising hard, I just was present in me in stillness. And when standing up, I felt so different! That first session was the starting point of my career change. For me, that type of intervention, was what my body needed to let go. I could have done yoga until the cows came home without being able to release what Rolfing released for me!

Yoga for me now is a way of maintenance, one way of maintaining my physical health; moving what is accessible and being curious of what is moving and letting go, and what is not.

Rolfing is what releases the stuck places and gives me better movement, flexibility, and body awareness. Rolfing gives me more access to my own body, both in regards of movement but also the possibility to feel more details and be more in my physical body.

I now work full time as a Rolfer and use yoga only for private sessions, occasional workshops, but always with all the knowledge from my Rolfing and Rolf Movement trainings incorporated. Rolfing made me completely switch how I practice and teach yoga. From being very much into alignment, and moving from ideas how the body should move or even look like, it is now all about supporting the body’s own way of moving to keep it as open and free as possible while moving. 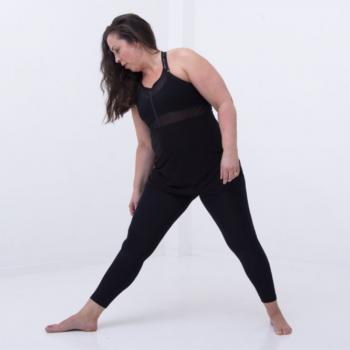 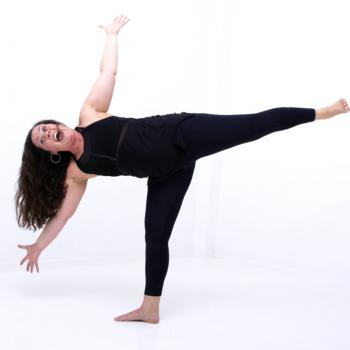