This month, two of our Certified Advanced Rolfers® Miquel de Jong and Aman Andres Kohlbach have been working closely behind the scenes with the world-renowned Alvin Ailey American Dance Theater, to support their globally acclaimed dancers in a very special four-day performance at the New Luxor Theater in Rotterdam.

“Their dancing is powerful and juicy,
brilliant in speed and marvelous in slowness”

On the benefits of Rolfing® for their dancers, Sheyi Ojofeitimi, Owner of Synthesis Physical Therapy and Senior Physical Therapist at Alvin Ailey American Dance Theater, explains:

“Our dancers have been described in the media as “Superhuman”. They are athletes that perform incredibly powerful feats at extremes of range and make it look effortless.  As a result, their bodies take a beating!  I work with them for five hours every performance day, but still need additional help to keep them at their peak.  I prefer to hire Rolfers because they are experts at deep tissue and fascial work.  Their in-depth understanding of the fascial system enables them to easily navigate its complex connections from superficial to deep level resulting in systemic release of tension, adhesions and improved function.”

In working with the dancers it is very obvious, how much our body is able to change and adapt to whatever postures and movements they face, Kohlbach and de Jong explain. 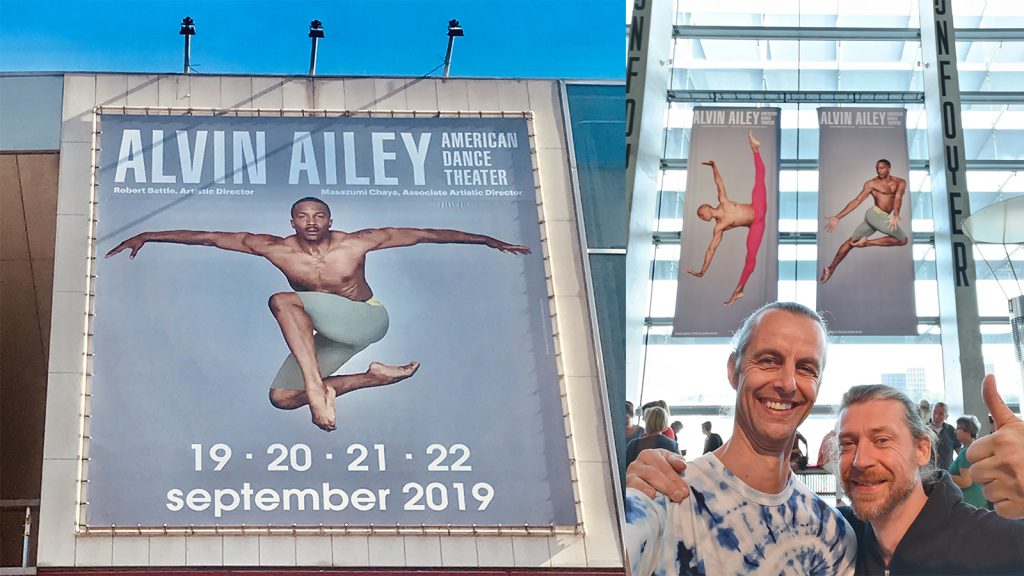 Miquel de Jong, a Certified Advanced Rolfer™ and Rolf Movement™ Practitioner from Rotterdam, is himself no stranger to the world of dance. Miquel received his initial Rolfing training in 2004 – 2008 after more than two decades of being a dancer.  As well as running a successful Rolfing practice, Miquel is still active in the dance world as a performer and as a freelance movement coach for choreographers, theatre directors, and musical and circus academies.

De Jong got in touch with Rolfing through meeting Russell Maliphant (Dancer, Choreographer and Rolfer) who inspired him to move to London to learn a variety of movement styles and techniques including improvisation, contact improvisation, Capoeira, acrobatics and also body-mind techniques such as Yoga, Thai Chi, and Rolfing.

“It has been a privilege to work with the Alvin Ailey American Dance Theater. Rolfing changed my whole view of the body, dance and movement, and I found the creativity and freedom that was missing in other forms of manual therapies. I was able to bring that conscious touch and listening to the bodily sensations… that holistic more multi-dimensional side of Rolfing into my own dance”.  Says Miquel de Jong.

“I was originally planning to study music (flute and vocals), but became interested in the relationships in the human body and the interactions with psychic and spiritual aspects. I got my first Rolfing sessions at the age of 18, started to study Yoga shortly after and explored various other movement techniques, including some dance throughout my life. The combination of intense physical activity in combination with music and the resulting body patterns are what makes working with dancers a great adventure. Working with the world-class dancers of the Alvin Ailey American Dance Theater has been a joy and a great opportunity to dive even deeper into the capabilities and intricacies of the human body and soul.” Says Aman Andres Kohlbach.